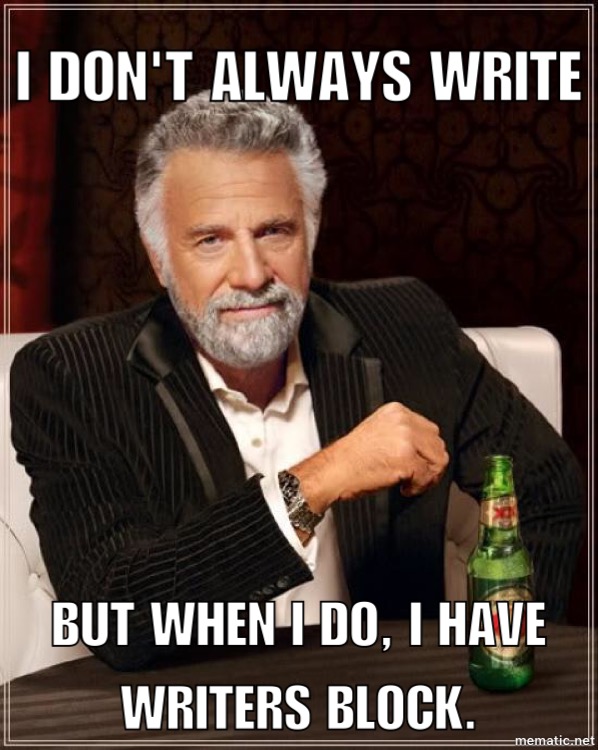 I have absolutely no problems calling myself a writer.

As a content strategist, I wrote, reviewed, and edited content. Plus put together assignments for the freelancers I hired. Plus SEO research. Did I mention that I was the content department? I burned myself out.

As now a full-time freelancer, I spend a lot of time researching, pitching, and applying for gigs. The actual time writing is small compared to the rest of the work, but still, writing is my job. (And I’m available for more work if you’re hiring a writer. 😉)

But I also write screenplays, short stories, dumb sketches, even dumber jokes. And this is the area of my life that I so desperately want to improve in 2019. I don’t dare call myself a comedy writer, or a screenwriter, or a novelist. At least not yet.

At the end of 2018, when everyone was sharing their highlights and achievements, I just felt like a failure. (Yeah, I know that I shouldn’t compare myself to others, but tell that to my brain.) I have friends who advanced in the screenplay competition at the Austin Film Festival. Others published books. Those who didn’t reach those milestones still finished their writing projects. They. Got. Shit. Done.

I, on the other hand, didn’t reach my goals:

My 2018 was full of ups and downs, and I won’t go into all of them. There was a lot of grief, but I also had a lot of great things happen. For example, I got to perform in two unique improv shows with extended runs; one of these shows is the reason I’ll be performing in Alaska later this month. However, being in those two shows kept me in rehearsals and performances from January until the end of September!

Still, I can’t help but compare myself to others who have an intense schedule of obligations and somehow accomplish so much more with way less time. (I suspect at least one of my friends has Hermione’s Time-Turner.)

Instead of just being bummed about another year wasted, I decided to use this energy to fuel me into 2019. I decided to prioritize writing.

Soooo much easier said than done.

Writing is so hard. Forcing myself to sit down and write when I don’t have an immediate deadline is hard. Coming up with ideas is hard. Saying no to things to make time for writing is hard. It’s all hard! Talent can only get you so far. You (I) need to be disciplined enough to get that work done or else… nothing. Absolutely nothing. I get the status quo. And that scares me.

That fear is what motivates me. I fear looking at myself 10 years from now and finding myself in the same exact position that I’m in. Don’t get me wrong, I live a happy life. But like Ariel in The Little Mermaid, I want more…

How I Prioritized Writing

This kills me. It’s only April and it’s been nonstop FOMO except I’m actually MO. Improv is more than just a hobby for me; it’s a community. The majority of my friend group now consists of comedians and actors, and when I don’t audition or sign up for something, I feel like I miss out on more than just the audition or performance.

I quit two amazing improv troupes. They are brilliant ideas but require a lot of rehearsals. Maybe one day I can audition to get back in, but for now, I just have to tell myself that this is what I need to do to reach my writing goals.

I quit being a TA in improv classes. This also was hard. I really loved watching the students learn and grow. I do hope to become an improv teacher in the next year or so. Just not right now!

I quit hanging out. I didn’t quit all hangouts, but I’ve drastically reduced how much time I’ve spent out and about. This is also partially due to me being a personal finance writer, and honestly, I’m too frugal to justify paying out the wazoo for dranks and small plates.

2. I Told Everybody I was prioritizing writing

Don’t be embarrassed about following your dreams. You may be surprised by 1.) how many people reach out and show their support, and 2.) how it helps to keep yourself accountable.

Even if you’re truly an IDGAF person, this is extremely helpful. People send me links to writing contests, fellowships, and potential writing gigs. This has opened up other opportunities and introduced me to other writers I had no idea were in my circle and expanded my local writing network. This works out great if you ever need a table read or want to send someone your draft to provide some feedback.

The latter, holding yourself accountable, is great because now people ask me how it’s going. And I want something to report back. This is where the part of my brain that gets embarrassed easily gets to shine! How dare I not have an update! Must do work. Mustn’t have shame.

3. I gave myself deadlines

Writing is a lonely activity, and it can be time-consuming too — especially when writing a feature or a novel. Sure, I can just tell myself that I need to write every day for 15 minutes, but that’s unlikely to happen because, again, self-discipline and I have very little of it.

However, I am very deadline-driven.

It would be crazy to try to finish a major project every month. I do try to break up my work into steps, but that doesn’t always work either. So I put together a spreadsheet of upcoming deadlines for contests, competitions, and fellowships. I also signed up for a variety of things to stretch my writing skills.

For example, in January…

Figure out what you need to do in order to accomplish your goals.

I’m expanding on the type of writing that I do. I’ve only written three short stories in my adult life, and all of them have been because of a contest. I also found writing shorts fun — if you were to ask me during writing, I’d have other not-so-nice words to say about it — and rewarding because they’re short enough to theoretically finish in one sitting. I’m even considering working on a novel based on one of those ideas, but I have a couple of other higher priority projects that I need to finish writing first.

I have a sitcom pilot that I need to get done in time for the Austin Film Festival. Unfortunately, I won’t have time to squeeze in a table read due to other commitments, but I can always do one after to get a revision in for the next few submissions. I also need to finish a feature screenplay I started last fall.

Honestly, I haven’t really planned what I’m going to do past June, but I know that I want to keep writing and submitting my writing to places where it gets read by humans. I’ll probably find some other contests to participate in. The prizes are usually meh, and you can roll your eyes at any mention of “exposure.” No one gives a shit how you do in 99.9% of all writing contests. But some of these contests provide detailed feedback from the judges, and they may even force you to write something completely different.

As for me, I have a lot of wants. I want to write screenplays that get made into movies and TV shows, long-form editorial articles for my favorite publications, and maybe even a novel that can end up in my local library one day.

My goal is to make a living writing what I love, and I love a lot of things.